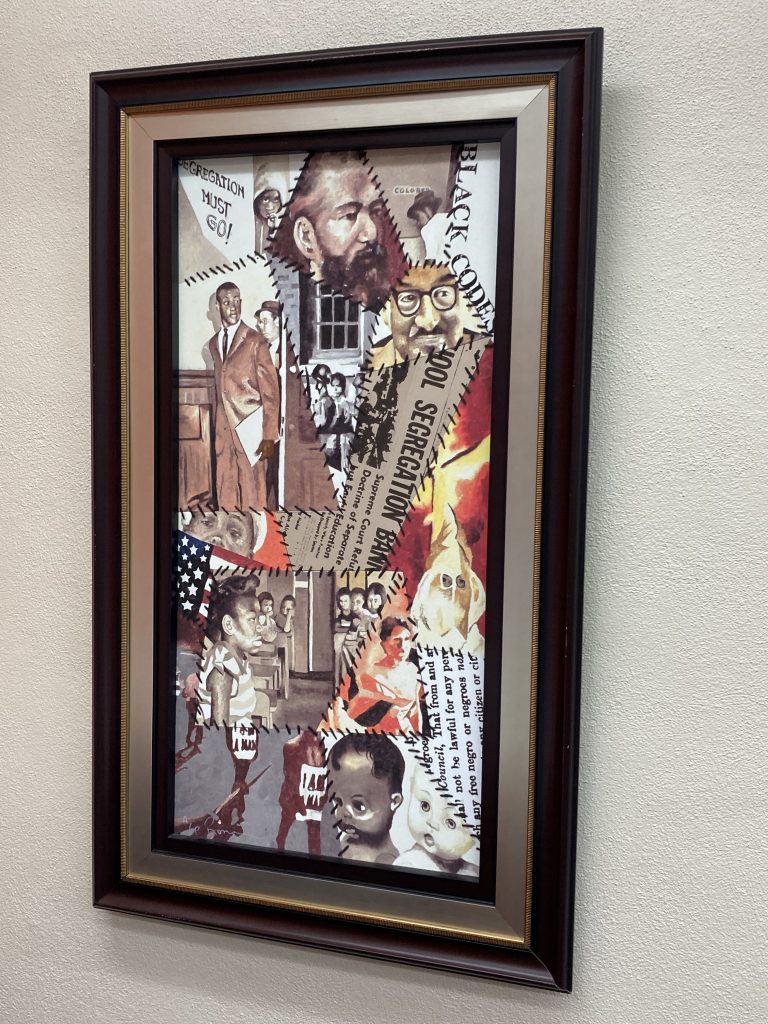 A special painting commissioned to celebrate the 50th anniversary of desegregation at Clemson University has a new home in the east learning commons on the fourth floor of the R.M. Cooper Library.

“Patchwork of Progress” by artist Jonathon Romain was commissioned in 2013 as part of the university’s commemoration of the enrollment of Harvey Gantt, the first African-American to attend Clemson University. Gantt enrolled at Clemson in 1963 following a two-year legal battle to desegregate the school.

The painting was inspired by memories of a patchwork quilt created by Romain’s grandmother and features images that illustrate the national effort to end segregation. In addition to an image of Gantt, the painting includes images representing include Homer Plessy of Plessy v. Ferguson, Drs. Kenneth and Mamie Clark’s experiments with brown and white dolls, Thurgood Marshall and Brown v. Board of Education.