December 3rd marks the International Day of Persons with Disabilities (IDPD), a UN established day of observance to promote the rights and well-being of persons with disabilities in all aspects of society. Created in 1992, this observance seeks to raise public awareness to people suffering physical, visual, hearing, intellectual and learning, psychiatric, neurological, and other disabilities, who make up over a billon of the world’s population and 26 percent of all Americans, according to the UN and CDC. Such persons often suffer unequal opportunities and discrimination because of their conditions, and the day is observed to foster a culture of inclusiveness that supports the rights of persons with disabilities to equally participate and contribute to society and empower them towards a life of dignity.
This year is particularly important, as the COVID-19 pandemic has exacerbated inequities in healthcare, education, employment, and community participation in both the US and the world. These inequities are affecting persons with disabilities, many of whom are from under-privileged backgrounds especially hard.
Clemson Libraries invites you to learn more about the day through its official UN website, and to expand your understanding with works in our collection on people with disabilities. Some works include: 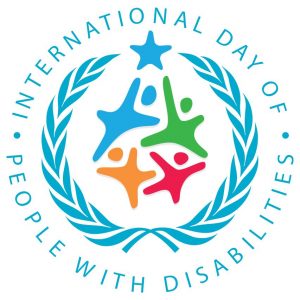 Disability Visibility: First-Person Stories from the Twenty-First Century (2020) is a bestselling work that seeks to give voice to the experiences people living with single and multiple physical, intellectual and other disabilities. It includes writings by 4 activists in the persons with disabilities community.

Haben: The Deafblind woman who conquered Harvard Law (2019) is the inspiring autobiography of Haben Girma, the first deafblind graduate of Harvard Law School and how she became a disability rights advocate.

It’s Just Nerves: Notes on a Disability (2017) is a portrait of what it means to live a with disability by someone who suffers from myasthenia gravis.

Unspeakable: The Story of Junius Wilson (2007) describes the trials of the titular character as he faces race and ability discrimination during the Jim Crow era.  After being accused of a heinous crime and being declared insane by a medical professional, Wilson must navigate being deaf while seeking freedom from a racially segregated mental health facility.

My Thirteenth Winter: A Memoir (2005) is the story of a young teenager who is diagnosed with a learning disability. This memoir explores her diagnosis and coming to terms with her disability, while exploring the ways her life changed in the process.