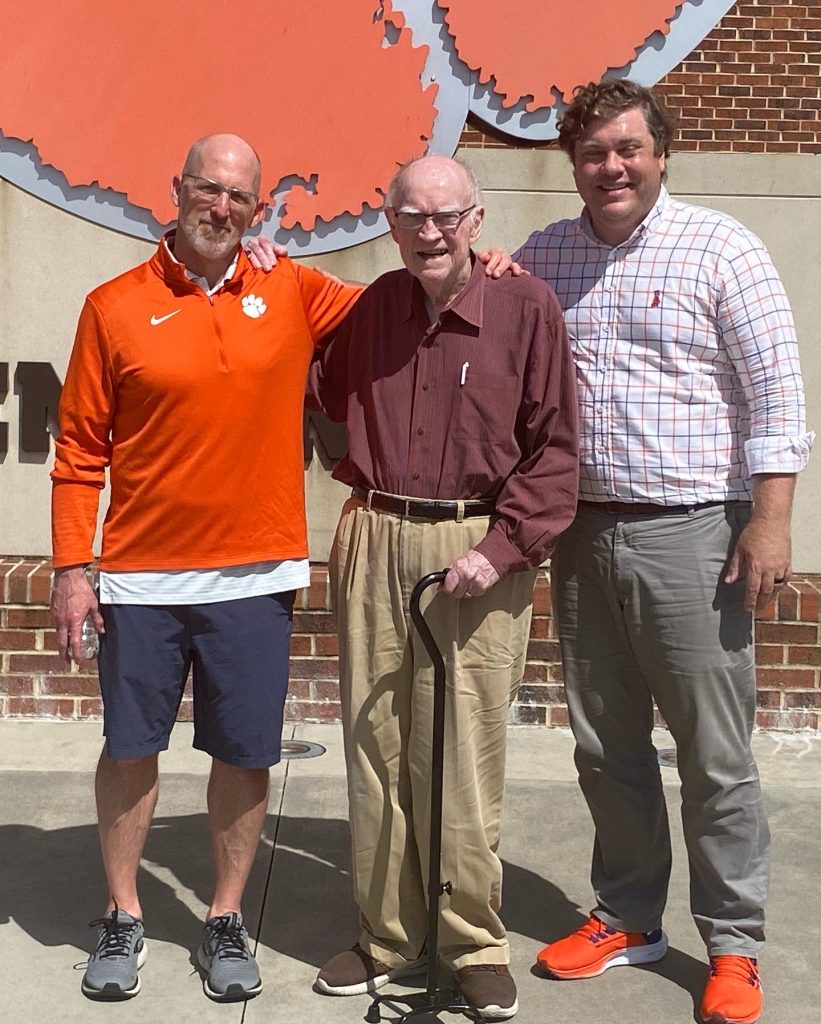 Clemson University Historian Otis Pickett has only been on the job for about six months, but during that time he estimates that he has traveled around 1,000 miles across the state sharing the story of Clemson’s history.

Pickett, who started in July 2022, sees himself as an ambassador for Clemson with a duty to educate others about Clemson history.

“Thomas Green Clemson’s will says to serve the people of the state of South Carolina and to help the state, and my role as university historian is going out into the state and meeting with people and offering them a connection, through history, to the University,” Pickett said. “I love Clemson people, and I love talking with Clemson people about Clemson history. And there’s a lot to talk about.”

Since he started, Pickett has spoken to Clemson alumni groups, community organizations and school classes in places such as Aiken, Charleston, Florence, York and Columbia. He estimates he has spoken to about 500 people across South Carolina so far.

“I’m doing research on how these towns I’m visiting connect with Clemson so that I can help people see the connections in their communities to the University,” he said.

“Dr. Pickett made connections to today’s world that helped the students see the relevance of what they are currently studying in class. It also opened some students’ eyes to some of the career paths available through the study of history,” said Hall.

When he’s not traveling across the state, he can often be seen traveling across campus in a golf cart, giving alumni and other visitors personal Clemson history tours. His goal is to help reconnect alumni with Clemson and to make Clemson a “destination for history.”

Pickett is making an impact across the state and beyond in other ways as well. He was recently named to the Board of Directors for the South Carolina Humanities Council, which has the mission of enriching the cultural and intellectual lives of all South Carolinians. He is also the first person to be named an Eminent Scholar by E Pluribus Unum, a nonprofit organization dedicated to building a more equitable and inclusive South. 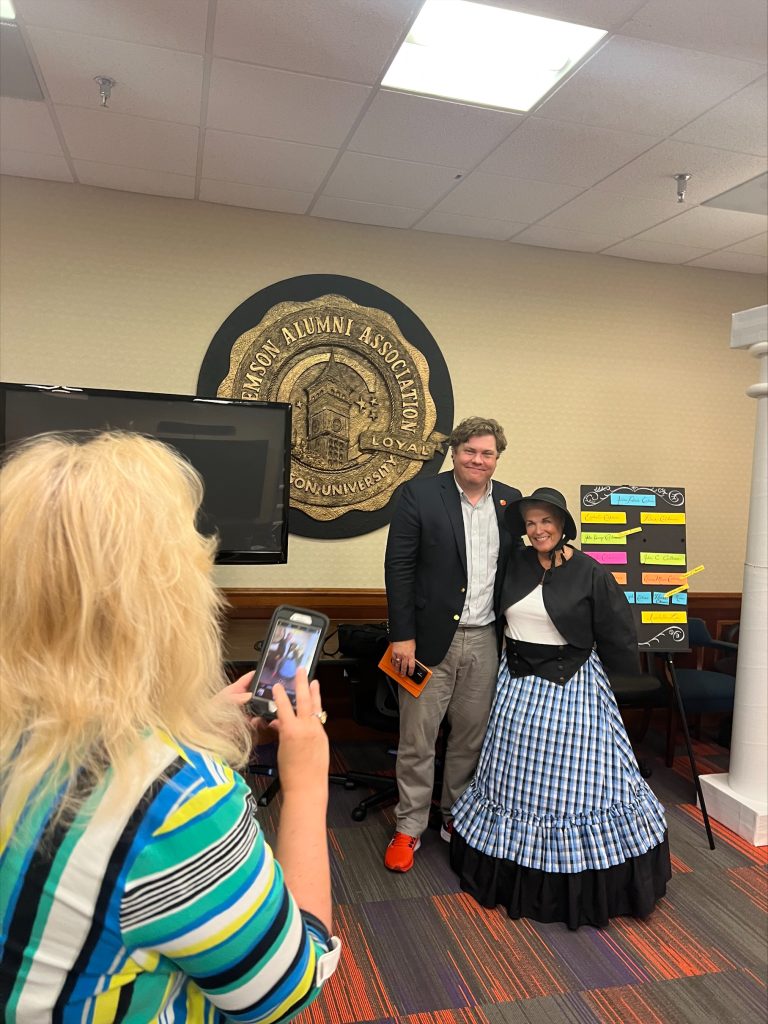 Pickett says his role as the organization’s Eminent Scholar is to help foster conversations about racial issues and history between different types of audiences in an effort to help build and strengthen community. He spoke this past fall on a panel discussion titled “The Role of Religion in Creating More Inclusive Public Spaces” and will be speaking and writing on similar topics in the future.

“E Pluribus Unum’s work is rooted in meeting people where they are on issues of race and equity, and that can only be done through trusted messengers,” said Executive Director Scott Hutcheson of E Pluribus Unum. “Dr. Otis Pickett’s valuable experience engaging Southerners to address our true and complete history aligns with E Pluribus Unum’s mission to unite and advance equity for all. His ability to connect with people and call them to action without blame or shame is a gift, and that is why we are honored to have Dr. Pickett as our first Eminent Scholar.”

As Pickett heads into his second semester at Clemson, he isn’t slowing down any time soon. He is currently conducting research for a book chapter he is writing about George Washington Carver, who visited Clemson to teach students several times between 1917 and 1921. He is also working on some grant proposals to seek funding to restore Hopewell, one of Clemson’s historic properties and the home of Revolutionary War General Andrew Pickens. It is also the site where the Treaty of Hopewell was signed between representatives of Congress and the native Cherokee, Choctaw and Chickasaw people in the region.

“I want to get Hopewell to a place where people can visit and learn about the life of Andrew Pickens, as well as the enslaved people who lived and worked there and the Native Americans who signed the Hopewell Treaty,” Pickett said. “We are collaborating with faculty to make the space an interactive, collaborative learning environment where people can learn about American history.”

Pickett’s other goal is to open a Clemson History Museum to serve as an entry point where people can learn about University history and all of Clemson’s historic properties — Fort Hill, the Hanover House and Hopewell.

“You can really study American history through the lens of Clemson University and cover just about every single time period, from Native American history and indigenous people all the way up to the Civil Rights Movement and into the 21st century,” said Pickett. “Not only is the landscape present and interactive with US history, but the individuals on this land have played a significant role in American history and South Carolina history. Our history is not just local; it has national — and in many ways global — implications.”