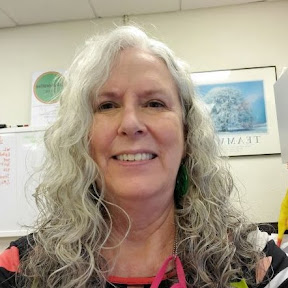 “Books are in my blood,” says Teri Alexander, Director of Learning Environments for Clemson Libraries.

Alexander grew up in Pickens in a reading family, where books were always a priority. In fact, reading literally is the family business. Her family has owned and operated Poor Richard’s Bookseller in downtown Easley for generations. Working in a library seemed to be the perfect fit, so when she had the opportunity to join Clemson Libraries in 1987, she jumped at the chance. She’s been here ever since.

Alexander is a lifelong Tiger, with deep roots in Pickens County, but she did leave the Upstate for a little while to attend Berea College in Kentucky. After graduating, she got married and stayed in Berea where she worked at the college’s historic Boone Tavern Hotel for about four years. After a divorce, she returned home to Pickens and landed a job as the circulation manager for Clemson Libraries.

“I was raised to be a reader from an early age, so I was intrigued by the position,” she said. “I was interested in working in a library setting.”

Working in circulation, Alexander found herself on the front lines of Cooper Library, as the services desk is the focal point for lots of activity in the library. Lots of problems and issues are first reported or noticed by workers at the service desk. Alexander found herself dealing with a lot of facilities-related issues, so much so that she eventually moved into managing a lot of facilities maintenance and operations.

“It just seemed like a natural fit because we were hearing a lot of the first reports of things that had a direct impact on the building,” she said.

During a library re-organization in the early 2000s, Alexander moved full-time into facilities management, joining the libraries’ administrative team. As Director of Learning Environments, she now does a lot more than day-to-day facilities management. She now manages a variety of projects that impact Clemson Libraries’ six facilities ­–– from painting the walls, to installing new signage at the off-site Library Depot, to larger renovation projects, such as creating a new space for the Social Media Listening Center on the fifth floor of Cooper.

Though her primary responsibility revolves around buildings, her priority and her focus is on the people who use them.

“My job is all about the people and the relationships, whether it’s working with a student organization that wants to host an event or exhibit or working with faculty about a space for a class, it is all about partnerships,” she said. “My job is about our physical spaces, but it’s more about the people who use the spaces and making sure those spaces are welcoming and inviting and meet their needs.”

Alexander has also worked on various committees and commissions outside of the libraries to build partnerships across campus. She currently serves on the university’s Accessibility Commission and previously served on the Staff Senate. She also served on the libraries Equity, Diversity and Inclusion Committee.

After 35 years, Alexander has seen it all in Cooper Library, including someone feeding a baby possum in a restroom and a patron who approached the service desk with a giant snake draped around his neck. She has many stories to tell, but one thing she can say is that the job never gets dull.

“People ask me if I ever get bored after being here for 35 years,” she said. “My answer to that is absolutely not. The environment has changed, the technology has changed, our services have changed ­–– all of that has kept my job changing and growing over time and that has what has kept me challenged over the years.”

Outside of work, Alexander is an avid reader and enjoys spending time with her four grandchildren ­–– ages 3 to 11 –– who live in Indiana. She travels to see them several times per year and thanks to FaceTime is able to participate in their daily lives virtually, including tutoring her 5th-grade granddaughter in social studies.