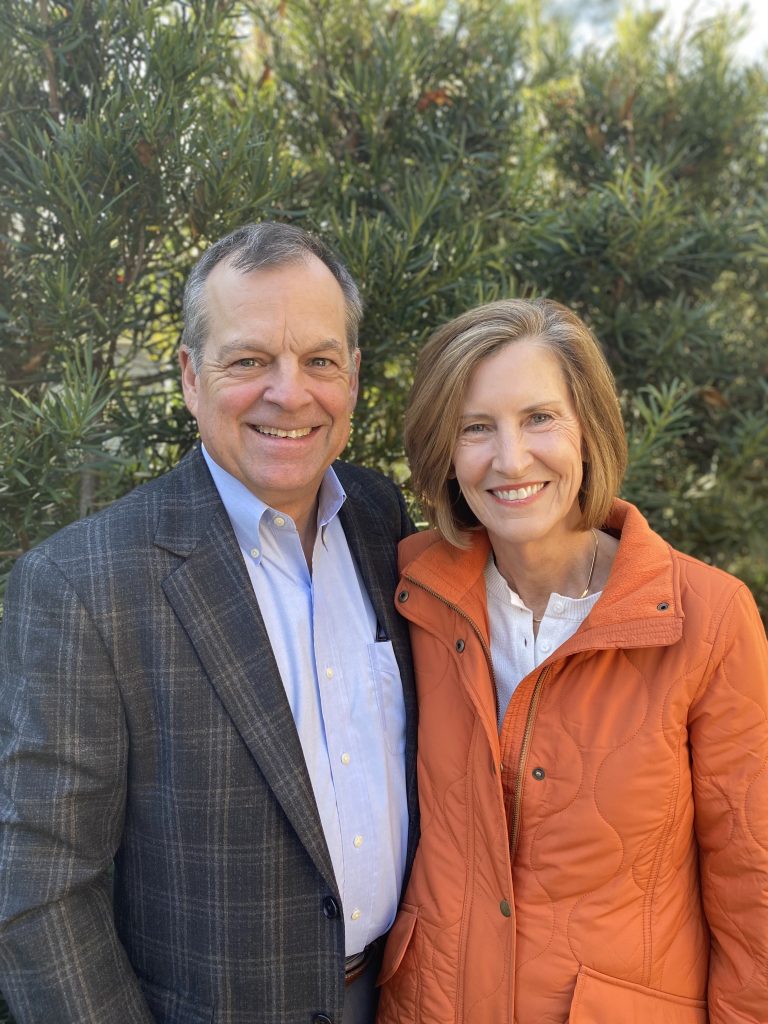 A Gamecock and a Tiger falling in love. It’s like South Carolina’s version of the Montagues and Capulets, only with a much happier ending for Libraries Advocacy Board member Nancy Davis and her husband Russ.

The two Greenville natives met and started dating in high school but went their separate ways in college. Nancy, whose father graduated from Clemson, felt like Clemson was where she needed to be. Her parents married when her father was still in college, and they lived on campus in housing designated for married students. In fact, her mother, Miriam Lollis, even worked in the university library during that time. Years later, Nancy would spend a lot of time in Cooper Library as a student.

“I used the library often, almost daily, as an English major. I had a little study carrel down in the basement that I liked. It was a quiet place to study, but it was also very social. A group of us hung out in the library quite a bit,” she said. Nancy graduated in 1982 with a bachelor’s in English.

Russ went to the University of South Carolina, where he earned a bachelor’s in business in 1982 and an MBA in 1984.

After graduation, the two were married, and Russ started his career in real estate development. Nancy worked for Shearson Lehman Brothers for about 10 years before starting a family — they went on to have two daughters.

Russ’ career took the Davises to several locations, including Atlanta and Chicago. He spent most of his career with Trammell Crow Residential, where he became President and Chief Operating Officer of the company’s Midwest office. In 1999, the family returned to Greenville and Russ established Davis Property Group.

In 2004, Clemson started a Master of Real Estate Development (MRED) program, which Russ was immediately drawn to.

“Historically there has really been no curriculum to learn real estate development, so I took an interest in what they were doing with this new Master of Real Estate Development program,” he said. “I became enamored with it because it provided a lot of folks who otherwise would not have been able to be real estate developers to learn that trade, especially women and underrepresented minorities.”

Russ joined the Advancement Board for the MRED program and went on to serve as its chair for two years. In 2018, the Davises made a significant gift to establish a fellowship to support students from underrepresented populations in the program.

“Honestly, most real estate developers look like me, but I think the work produced is better when you have people from different perspectives and backgrounds,” he said.

Nancy joined the Libraries Advocacy Board in 2020 because she thought it was an area where she could make a difference and help the University. The Davises are now annual donors to Clemson Libraries.

“I think the way people learn now is different than how things used to be. There’s more collaborative learning that goes on and more digital technology, and the library needs to be able to keep up with that. I think it’s important for the library to keep growing,” she said.

Nancy said gifts to the Libraries are “an investment in the future and in our students.” Russ believes that supporting the Libraries is critical for Clemson to move forward as a top public research university.

“Libraries are the foundation of a research institution,” said Russ. “If Clemson is going to be competitive as a research university, the library has to be a cornerstone of that.”