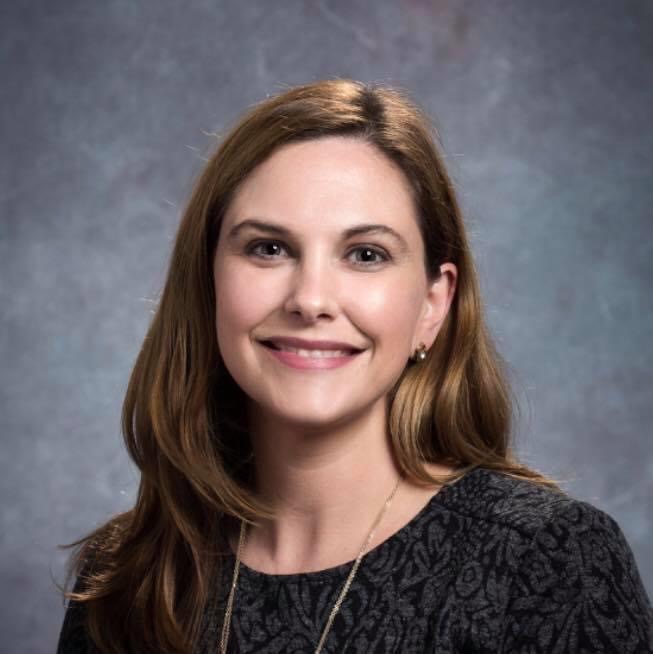 Refuge. That is the word that Aimee Sullivan Yarber uses when she thinks back to her time spent studying at the R.M. Cooper Library as a Clemson student. It is also the same word she uses to describe books ­– a refuge from the humdrum of daily life.

It was that feeling, that sense of comfort and safety of libraries and of books, that led her to a career as a middle school librarian, so that she could offer that same feeling to her students.

Yarber graduated from Clemson in 1998 with a bachelor’s degree in English. She originally had dreams of a career in publishing but realized that would be difficult for her to pursue, based on the location of most jobs in that field. Instead, she started out with a career in communication and public relations, working as assistant director of public information at the Savannah College of Art and Design.

After she and her husband Chad – who graduated from Clemson in 1999 with an accounting degree – had children, Yarber left the workforce for a while to focus on raising their two daughters. During that time, she decided she wanted to change career paths, so she enrolled at Valdosta State to earn her Master of Library and Information Science degree, which she completed in 2013.

“I decided I wanted to be a librarian. I felt like it was a way to combine my love of books with a career that played more to my strengths,” she said.

Yarber is now the Library Media Technology Specialist at Southwest Middle School in Savannah, Ga., a position she has held for the past nine years. In 2020, she was named Teacher of the Year for her school.

“I love getting to share a book that I am excited about with a student and then have that student come back to me after reading it and ask, ‘Do you have more like this?,’” she said. “I specifically chose middle school because I feel like that is where you lose kids’ interest in reading. In elementary school, they’re all pretty excited about going to the library. When they come in as 6th graders, they still have that excitement. By the time they reach 8th grade, they are checking out so few books. I wanted to make a difference, and I felt like this is the age where I could make the biggest difference.”

Yarber is also making a difference for the Clemson Libraries. She and Chad are annual donors to the libraries, as well as to the Wilbur O. and Ann Powers College of Business and to IPTAY.

Yarber also serves on the Libraries Advocacy Board, which allows her to be even more involved in shaping the future for the libraries. She said when she was in graduate school working towards her MLIS degree, she learned a lot about academic and R-1 libraries. She wants to help Clemson Libraries move forward to reach its goal of becoming an R-1 library. 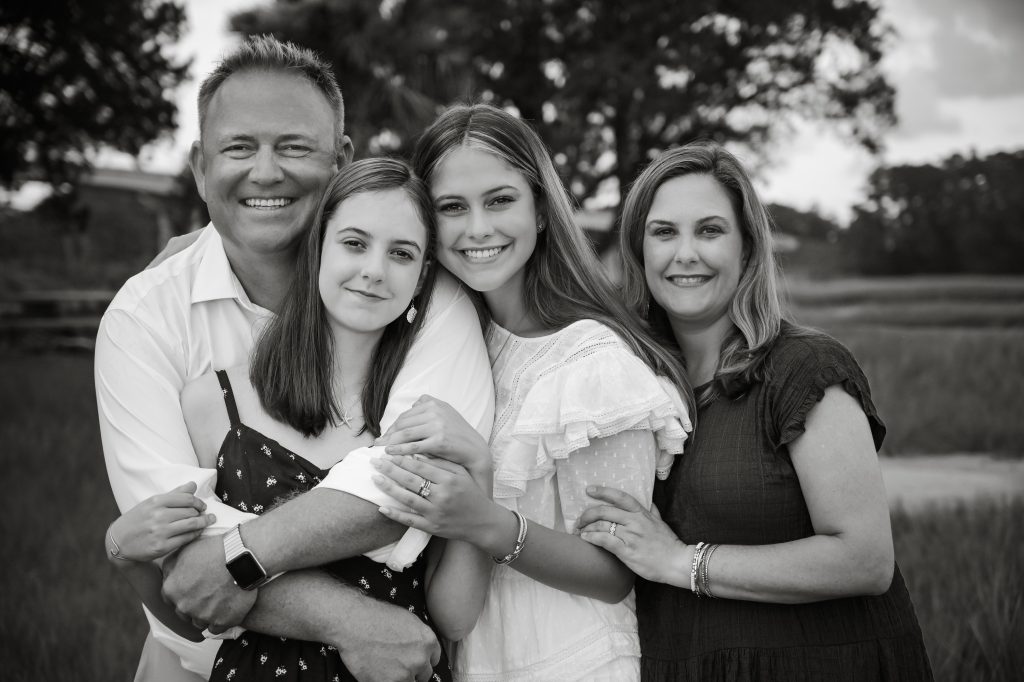 The Yarber family — Chad and Aimee with daughters Charlotte and Kendall. Photo by Christine Hall Photography

“There was a lot of talk about the N.C. State library and how strong it was, and I thought to myself, ‘where does Clemson fall in this?’ Everyone has pride in where they went to college, and one of the things you take pride in is the library. I want to have pride in my library competing at the R-1 level,” she said.

Yarber said she has enjoyed seeing the changes in the libraries over the years since her graduation, and she is excited to see what comes next.

“I love how the space has evolved, but it still has so much further to go.”