The Power of Pastiche

In eighteenth-century England, “variety” became a prized aesthetic in musical culture. Not only was variety—of counterpoint, harmony, melody, and orchestration—expected for good composition, but it also manifested in cultural mediums such as songbook anthologies, which compiled miscellaneous songs and styles in single volumes; pasticcio operas, which were cobbled together from excerpts from other operas; and public concerts, which offered a hodgepodge assortment of different types and styles of performance. I call this trend of producing music through the collection, assemblage, and juxtaposition of various smaller pieces as musical miscellany; like a jigsaw puzzle (also invented in the eighteenth century), the urge to construct a whole out of smaller, different parts reflected a growing desire to appeal to a quickly diversifying England. This book explores the phenomenon of musical miscellany in early eighteenth-century England both in performance culture and as an aesthetic. Musical miscellany, in its many forms, juxtaposed foreign and homegrown musical practices and styles in order to stimulate discourse surrounding English musical culture during a time of cosmopolitan transformation as the eighteenth century unfolded.

“This  scholarship  is a  model  of  how  to  use  documentary evidence  to  explore  and  analyse  audience  tastes,  concert  programming,  and  early  music criticism,  generously  illustrated  with  music  examples. . . . DeSimone  not  only  provides  valuable  scholarship  that gives  us  a  fuller  picture  of  musical  life  during  the  beginning  of  the  eighteenth  century,  she  also uncovers  new  information  and  repertoire. In  my  view,  The  Power  of  Pastiche  is  required  reading for anyone  working  in  the  area  of eighteenth-century  English  music.”
—Vanessa  L.  Rogers, NABMSA Reviews

Alison DeSimone is Assistant Professor of Musicology at the University of Missouri-Kansas City. 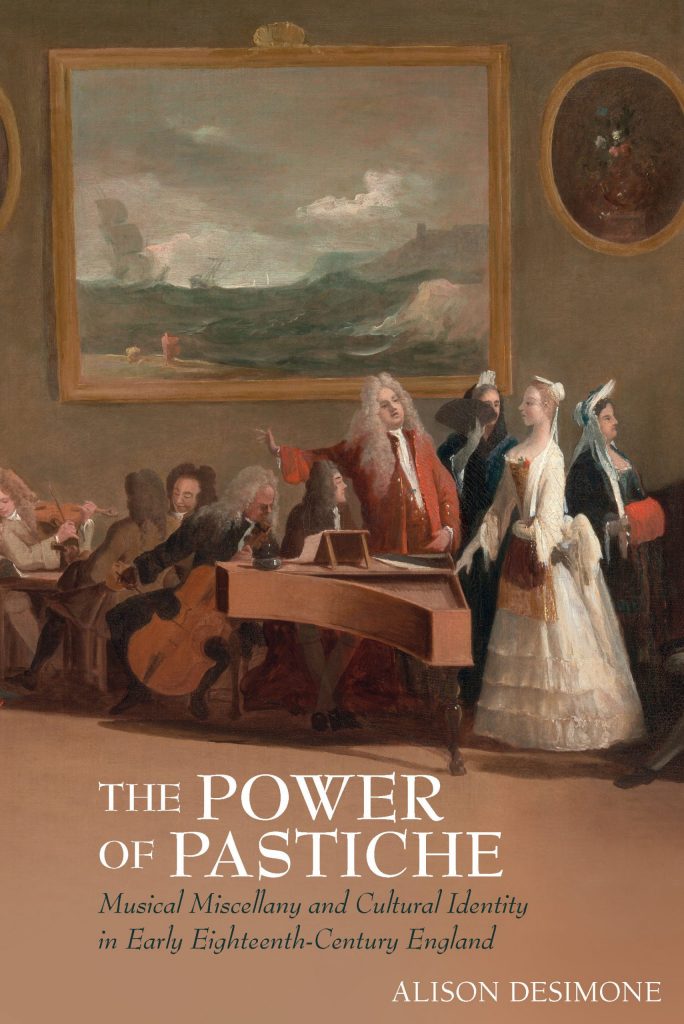