In this book, Kevin Rulo reveals the crucial linkages between satire and modernism. He shows how satire enables modernist authors to evaluate modernity critically and to explore their ambivalence about the modern. Through provocative new readings of familiar texts and the introduction of largely unknown works, Satiric Modernism exposes a larger satiric mentality at work in well-known authors like T. S. Eliot, James Joyce, Wyndham Lewis, Ezra Pound, Virginia Woolf, and Ralph Ellison and in less studied figures like G. S. Street, the Sitwells, J. J. Adams, and Herbert Read, as well as in the literature of migration of Sam Selvon and John Agard, in the films of Paolo Sorrentino, and in the drama of Sarah Kane. In so doing, Rulo remaps the last hundred years as an era marked distinctively by a new kind of satiric critique of and aesthetic engagement with the temporal fissures, logics, and regimes of modernity. This ambitious, expansive study reshapes our understanding of modernist literary history and will be of interest to scholars of twentieth century and contemporary literature as well as of satire.

“In this powerful, capacious, deeply researched book, Kevin Rulo teaches us that to be modern is also to be dismayed about being modern and to express that dismay in the form of satire: satirical modes of analysis and expression are foundational to modernism in all of its various phases and incarnations. Lucid and convincing, Satiric Modernism offers us bracing, revisionary understandings of each author and every text that falls under Rulo’s inquiry, even—especially—those authors with whom we are familiar, as well as those beyond the boundaries conventional to studies of the field. Not afraid to explore even the darkest aspects of these satirists’ worlds, demonstrating how each writer also turns the scalpel on their own failings, Rulo shows how these artists clear a way to make it new, building magnificently on excoriated ground.”

“Kevin Rulo’s Satiric Modernism is an intellectually capacious rethinking of the relationships among literary (and ultimately filmic and theatrical) modernism, postmodernism, and satire. Rulo posits that one can find satire’s traces in a variety of modernist manifestations—hidden, as it were, in plain sight. The book contains startlingly original readings, unexpected critical juxtapositions, and creative treatments of the affiliations between modernist texts and texts that both look backward and forward from them. Satiric Modernism will be consulted with keen interest by scholars both of modernist studies and of the history and theory of satire.”

Kevin Rulo is a Clinical Assistant Professor in the English Department at the Catholic University of America. He has published in The Review of English Studies, Neohelicon, and The T. S. Eliot Studies Annual. 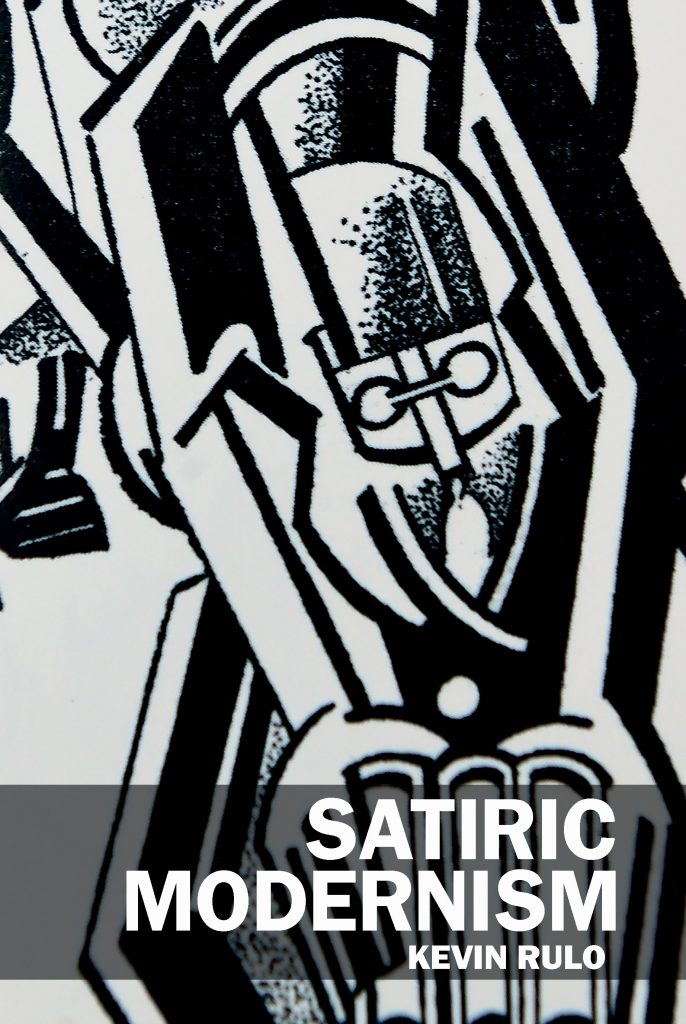