In his introduction to the foundational 1925 text The New Negro, Alain Locke described the “Old Negro” as “a creature of moral debate and historical controversy,” necessitating a metamorphosis into a literary art that embraced modernism and left sentimentalism behind. This was the underlying theoretical background that contributed to the flowering of African American culture and art that would come to be called the Harlem Renaissance. While the popular period has received much scholarly attention, the significance of editors and editing in the Harlem Renaissance remains woefully understudied. Editing the Harlem Renaissance foregrounds an in-depth approach to relevant editing and editorial issues, exploring not only those figures of the Harlem Renaissance who edited in professional capacities, but also those authors who employed editorial practices during the writing process and those texts that have been discovered and/or edited by others in the decades that followed. Editing the Harlem Renaissance considers developmental editing, textual self-fashioning, textual editing, documentary editing, and bibliography. Chapters utilize methodologies of authorial intention, copy-text, manuscript transcription, critical edition building, and anthology creation. Together, these chapters provide readers with a new way of viewing the artistic production of one of the most important US literary movements.

“The essays gathered in Editing the Harlem Renaissance have the potential of initiating much-needed conversations regarding the complex relationship that Digital Humanities bears to the steadfast archival and textual work since the 1970s that forms the foundations of Harlem Renaissance Studies as a field.”

“With a wide-ranging, erudite, and accessible suite of essays, Editing the Harlem Renaissance is a profoundly useful and long-awaited volume on an understudied yet essential facet of African American literature and Black textual production writ large. As it productively stretches common understandings of what constitutes editing, the volume puts a much-needed spotlight onto key figures, editorial practices, and publications—old and new—that played essential roles in fashioning, curating, collecting, and essentially creating what we now know as the Harlem Renaissance. This excellent book is to be celebrated, not only for what it already achieves, but also, we must hope, for helping to herald a new age of Black bibliography.”

“Examining ‘editorial genealogies and futures,’ this timely collection approaches editing the Harlem Renaissance as both a historical project and an ongoing activity—a kind of ‘care work’ broadly conceived to include not only editing magazines, anthologies, and critical editions, but also bibliography, librarianship, recovery work, introductory essays, computational analysis, and curation of websites and digital archives. Adopting a range of methods and a lucid, engaging style of delivery, the contributors elevate the often invisible, undervalued labor of editing, demonstrating that this “’work of many hands’ was and remains essential to what is now called the Harlem Renaissance.” 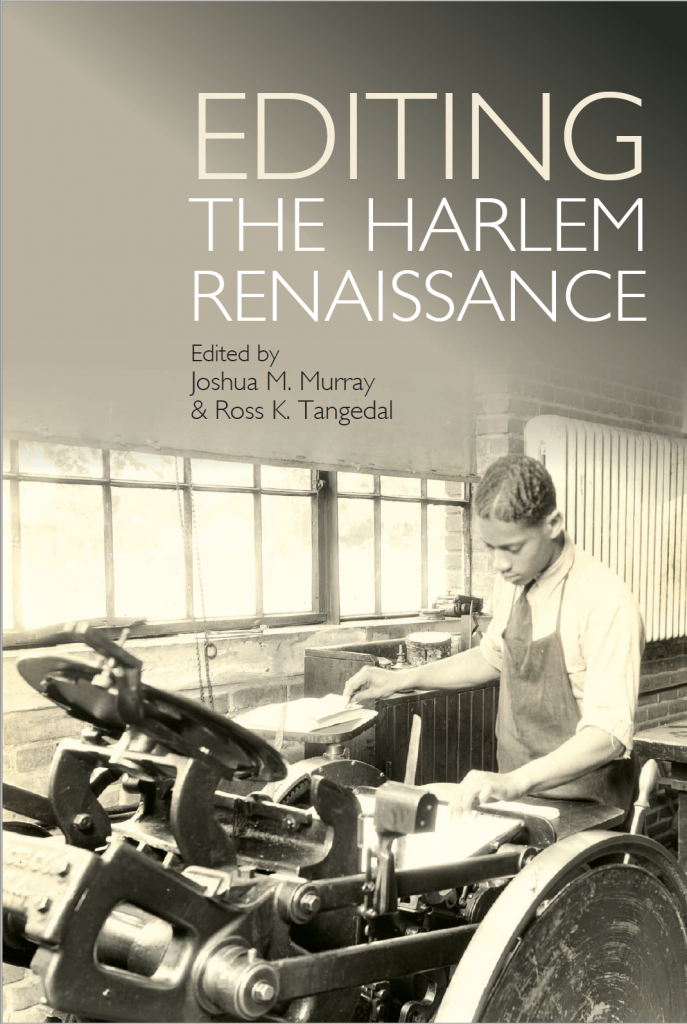