Building on the long-standing image of Paris as the “Capital of the Nineteenth Century” and the “Capital of Modernity,” this book examines the city’s place in the imagination of Irish women writers in the long nineteenth century. By reasserting the centrality of Paris, this book draws connections between Irish and European writers, expanding the map of Irish Studies and forging new points of contact between Irish literature and canonical figures like Goethe, Balzac, and Zola through the shared interest in the socio-economic development of modernity.

“A compelling and refreshing study of the role of Paris in Irish women’s literary imaginations, ranging from Edgeworth and Owenson to Somerville and Ross and Thurston. Through a series of elegantly argued readings, Reznicek valuably extends our understanding of both the urban and female spheres, and of the particular appeal and anxieties that characterize the emerging metropolitan modern.”

“The European Metropolis offers a wide-ranging account of the powerful role played by Paris in the imagination of Irish women writers. In redrawing the map of nineteenth- and twentieth-century Irish women’s writing, Matthew L. Reznicek helps us to reimagine the ambitions, appetites, and energies of authors such as Maria Edgeworth, Lady Morgan, Somerville and Ross, Katherine Cecil Thurston, and Kate O’Brien.”

“In The European Metropolis, Matthew L. Reznicek presents a timely and essential rereading of the centrality of Paris to the alienation of consumer capitalism by showing how Irish literature written by women in the nineteenth century challenges the interdependent binaries undergirding modern patriarchy. Reznicek’s study is nothing short of groundbreaking because we have waited too long to center the Irish female voice in our understanding of the development of modern European subjectivity.”

“The European Metropolis offers a daring Marxist-feminist analysis on one of the most central urban spaces in European history. Reznicek pushes readers to reconsider the role of Paris’s cityscape in nineteenth-century literature as it is represented in Irish women’s novels instead of those predominantly written by and about men. It skillfully surveys topographies of the novel with theories of modernity in architectural, urban, feminist, and Irish studies.”

“In this highly original and engaging study of Irish women’s writing, Reznicek provides a fresh and vigorous account of the development of the female Bildungsroman during the long nineteenth century. Drawing upon an adroit selection of canonical and lesser-known fictions, The European Metropolis generates a dynamic analysis that rigorously reconceptualizes the key texts and contexts informing Irish literary production in this period.”

“[This book] lies ambitiously in the intersection of at least three disciplines: gender, urban, and Irish studies. . . . The European Metropolis poses a theoretically informed reassessment of Irish female voices from the long nineteenth century, which succeeds to unite a Marxist and a feminist vista without succumbing to ideological tensions or inconsistencies. The geographical angle renders the expelling forces more visible, bringing to the fore the subtle mechanisms responsible for gender inequality. Lastly, one of the greatest values of this monograph lies in that it connects Irish literary tradition with other non-French national literatures that owe its inspiration to the centrality of Paris. In this way, Reznicek’s monograph offers a highly relevant methodological approach.”

Matthew L. Reznicek is Assistant Professor and Associate Chair in the Department of English at Creighton University. 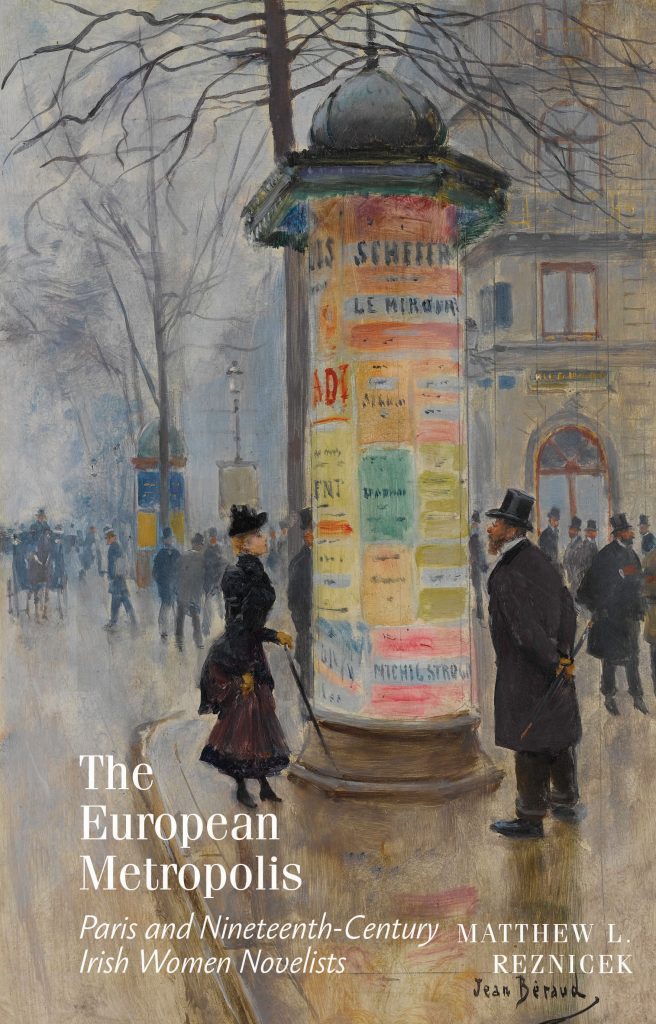