T. S. Eliot and Organicism provides the first comprehensive account of Eliot’s preoccupation with agrarianism, organicism, and the environment. Jeremy Diaper elucidates and contextualizes several facets of Eliot’s organic thinking, ranging from composting and soil fertility, to regionalism, nutrition, and culinary skills. This book offers environmental readings of Eliot’s poetry and plays and demonstrates that agrarian concerns emerge as a notable theme; it also analyzes Eliot’s prose to illuminate his engagement with the key environmental debates of the 1930s–1950s.

“The most valuable part of T. S. Eliot and Organicism is its thorough trawling through the files of the New English Weekly and the Christian News-Letter, two publications which Eliot supported and contributed to, especially once the Criterion had closed. This yields ample evidence of parallels between that of Eliot’s work and a number of prominent writers on agriculture and its place in a good society.”  —Stefan Collini, The Times Literary Supplement

“Jeremy Diaper’s lucid and detailed study locates Eliot at the heart of the early organic movement . . . this book will prove essential reading not only for students of organicism, but for all those with a general interest in the culture of mid-twentieth-century England as reflected in the work of its greatest modernist poet.” —Richard Moore-Colyer, Rural History

“Jeremy Diaper’s argument in T. S. Eliot and Organicism goes way beyond such circumstantial considerations, though, presenting a wealth of evidence to show that Eliot attached great importance to farming and to a thriving rural culture and economy. . . . Diaper’s monograph offers a convincing case for T. S. Eliot’s major role in propagating the organicist philosophy.” —Philip Conford, Agricultural History Review

“Certain readers may be unfamiliar with the relevant contexts that shaped Eliot’s ‘agricultural sensibility’ and in this respect one of the delights of the book, as well as the lucidity of Diaper’s prose, is the meticulous positioning of the author in relation to various agrarian, agricultural and environmental concerns. . . . Diaper’s book is written with sharp clarity, is logically structured and meticulously historicised, and, even though some of the close readings may induce further questions and critical responses, the implications are far reaching.” —Scott Freer, The Journal of The T. S. Eliot Society (http://www.tseliotsociety.uk)

“This touchstone work will be referenced in any future ecocritical study of Eliot. Beyond this, the book is an important contribution to the ongoing greening of modernist studies. The last decade produced several works on the more-than-human investments of modernism, each of which has had to argue vigorously for the validity of combining modernism and ecocriticism. One hopes that we’re finally now in a moment when we can do away with the anxious justifications tucked into our prologues and intros. Indeed, Diaper’s book perhaps signals that such a moment is here.” —Julia E. Daniel, ISLE: Interdisciplinary Studies in Literature and Environment

“T.S Eliot and Organicism is a valuable contribution, not simply because of its original take on Eliot’s legacy, but also due to its highlighting an early-twentieth-century movement that is rarely considered at length.’ —Karina Jakubowicz, Journal of Modern Literature 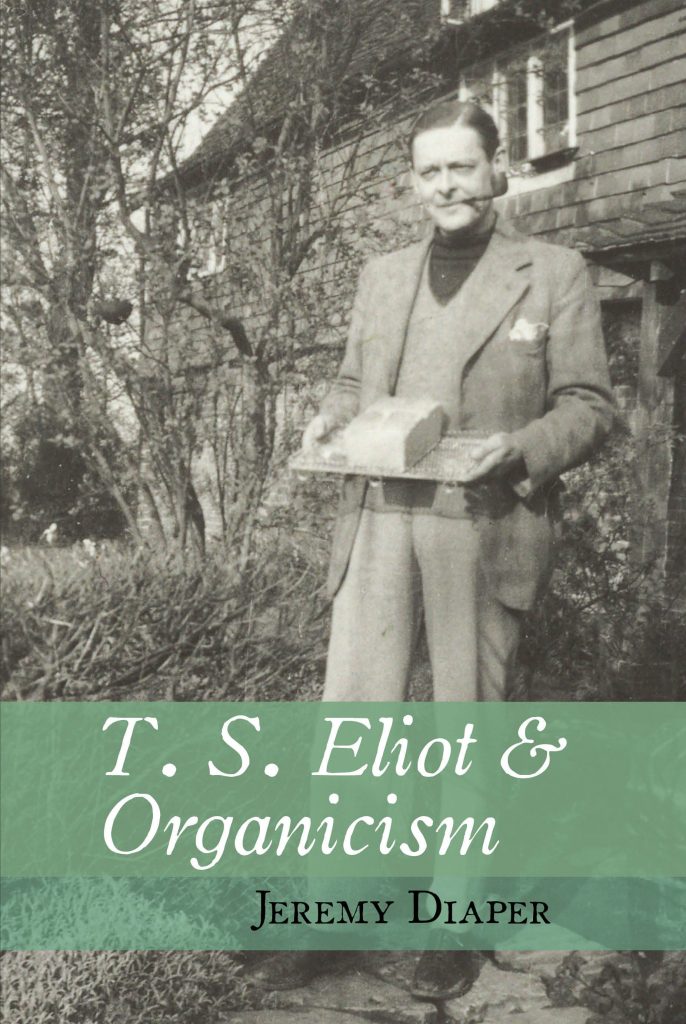