Excavating Exodus analyzes adaptations of Exodus in novels, newspapers, and speeches from the antebellum period to the Civil Rights era. Although Exodus has perennially served to mobilize resistance to oppression, Black writers have radically reinterpreted its meaning over the past two centuries. Changing interpretations of Moses’s story reflect evolving conceptions of racial identity, religious authority, gender norms, political activism, and literary form. Black writers transformed Moses from a paragon of race loyalty into an avatar of authoritarianism. Excavating Exodus identifies a rhetorical tradition initiated by David Walker and carried on by Martin Delany and Frances Harper that treats Moses’s loyalty to his fellow Hebrews as his defining characteristic. By the twentieth century, however, a more skeptical group of writers, including Zora Neale Hurston, Ralph Ellison, and William Melvin Kelley, associated Moses with overbearing charismatic authority. This book traces the transition from Walker, who treated Moses as the epitome of self-sacrifice, to Kelley, who considered Moses a flawed model of leadership and a threat to individual self-reliance. By asking how Moses became a touchstone for notions of racial belonging, Excavating Exodus illuminates how Black intellectuals reinvented the Mosaic model of charismatic male leadership.

“Excavating Exodus offers an innovative and compelling reading of ‘Exodus’ as more than just cultural and political source material. In Joshua Cohen’s hands Exodus becomes an organizing principle that doesn’t narrow or manage black life but highlights the rich and capacious array of black political and creative thought both within individual eras and over time. Cohen’s Exodus doesn’t narrow. It diversifies. It emphasizes plurality and the broader parameters of charisma and leadership in black American life. This book reshaped the way I understand Exodus as a cultural phenomenon. I’m not aware of anything quite like this book and highly recommend it.”
—M. Cooper Harriss, Indiana University

“Many scholars have observed the significance of Exodus in shaping black collective identity, political practice, and religious visions. Joshua Cohen’s Excavating Exodus takes this body of scholarship a step further, revealing just how enlivening this single biblical story has been, across centuries, as a source and site of contestation for a range of authors and texts in the African American literary tradition.”
—Josef Sorett, Columbia University

“In this sweeping and compelling study, J. Laurence Cohen traces the trajectory of nineteenth and twentieth century Black exodus narratives, offering up a necessary and timely analysis of the complex ways writers such as David Walker, Zora Neale Hurston, and Ralph Ellison call for racial solidarity. Cohen uses a familiar trope to break new ground in our understanding of identity, community, and Black art, highlighting how Black writers’ use of the Moses motif strikes at the heart of America’s promise and contradictions.”
—Susana M. Morris, Associate Professor, Georgia Institute of Technology

“I thought there was practically nothing else to be said about the motif of Exodus in the African American imagination until I encountered Excavating Exodus. Joshua Cohen’s close readings of African American letters across a century and a half expands our awareness of the hermeneutical registers in which African Americans often read themselves as text, the Bible as context and their freedom dreams as pretext while constructing varied notions of race, nation, citizenship, freedom and even transatlantic Black/African solidarity. Excavating Exodus is essential reading for students and scholars in the fields of literature, African American studies, American studies and religion.”
—Dianne M. Stewart, Emory University

“Cohen displays an impressive range of engagements with the Exodus story, across many genres and perspectives, with particular emphasis on historical and political context. . . the book’s clarity and originality make an important contribution to scholarship on African American racial identity and biblical reception.”
—Brian Britt, American Religion

“Excavating Exodus is an elegant account of the resonances of one Biblical narrative in a long history of African American literature.”
—Shelby Johnson, American Literary History

J. Laurence Cohen is a Marion L. Brittain Postdoctoral Fellow at Georgia Institute of Technology. He received his PhD in English from Emory University. He has published in ESQ: A Journal of Nineteenth-Century American Literature and Culture and in the Journal of Literary and Cultural Disability Studies. 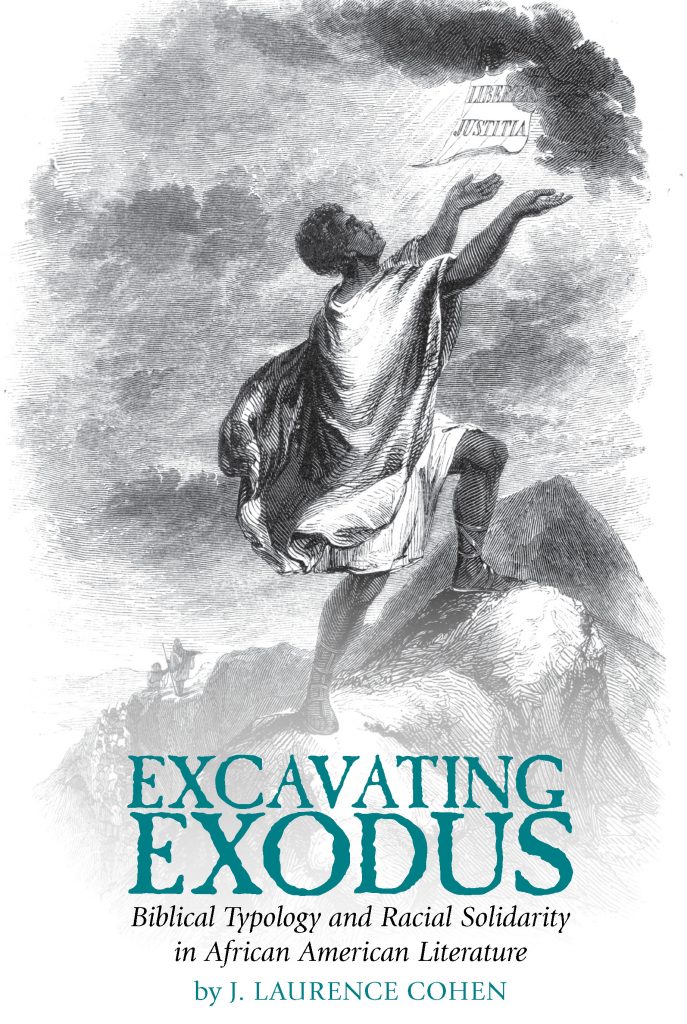