Sam Aleckson was the pen name for Samuel Williams, a man born into slavery in Charleston, South Carolina, who wrote a memoir about his life and the world around him during and after his bondage. Published privately by his family and available in a new scholarly edition from Clemson, Before the War and After the Union traces Williams’s life from his earliest memories of being enslaved and forced to serve Confederate soldiers in army camps, through the post–Civil War years as his family struggled to re-connect and build a new life during Reconstruction.  It the ends with tales about his life as the head of a Southern Black family newly relocated to Vermont at the turn-of-the-century. In this blog post, author Susanna Ashton reflects on the research process and how Williams’s narrative names Black people accurately while fictionalizing white figures—a compelling subversion of the genre and a testament to the power of naming Black names.

Why would a Black man write a memoir or what we might best call a “freedom narrative” about his childhood in slavery using fake names? After all, he knew enslaved people were accused of exaggerating, lying, and generally lacking the character and truthfulness taken for granted with white authors of the nineteenth and early twentieth century?

As a scholar of Black lives and Black witness from the nineteenth century, I am accustomed and increasingly expert at parsing census records, slave schedules (which were records for taxation purposes in which US enslavers had to enumerate their human property), court records, wills, and other such archival ephemera. Seeking to uncover at least small glimpses into the structure and lived experience of enslaved people in South Carolina, I am forced to work largely with historical documents that are framed by assumptions of a dominant class—assumptions of the cultural shapings of white supremacy in which Black voices, Black names, and details about how Black people were denied citizenship and denied a social recognition of their humanity, are manifest in every line.

Meaning: as a scholar I’ve learned to read historical documents in order to often find marginalized people literally and figuratively in the margins or the lacunae of the text.

So, sure,  I can work through nineteenth-century wills from South Carolina that deed Black babies to white babies and their guardians, sometimes by name and sometimes those babies are only cited as potential and imagined “increase” from what was understood as embodied property that were their mothers. I can read court minutes about white people fighting over the theft of a Black man who cannot be called to testify about the facts of the case. I am sadly familiar with absences in birth records, seeing only names of first-class passengers in newspapers reporting boat arrivals, and interpreting historic property sales that include humans alongside livestock.

But when I encountered the work of Samuel Williams for Before The War and After The Union, all my notions about narrative control and white-supremacist structuring of the archive were not exactly inverted but were certainly destabilized. For the memoir of Samuel Williams (written under his pen name “Aleckson”) lays out a bold and remarkable challenge to the supremacist archive—in his work, by and large,  it is his family that is more closely grounded in truth and testimony and it is the white people who certainly play an enormous part in his story but who are nonetheless cognitively sidelined by operating under false names.

The basic context and outline of Williams’s memoir are as follows: Samuel Williams was enslaved as a child in Charleston South Carolina, was sent to a plantation labor camp for some years of the Civil War and also as a youngster, was forced to serve as an Officer’s Boy at a Confederate encampment on the South Carolina coast. After emancipation, he was reunited with his family in Charleston and spent a few decades there building a life before moving north with his wife and children first to New York and then Vermont and New Hampshire. He drafted his memoir while working as a servant and furnace man for an affluent and well-connected intellectual white family that was networked with many in the modernist publishing world of Boston during the early twentieth century. (This is a fascinating situation that may or may not have shaped his interest in writing and about which I speculate in my introductory essay to Williams’s memoir). Williams’s manuscript was eventually reworked and published in the late 1920s by his own son-in-law and grandson without any white editorial shaping or formal gatekeeping. His choice to alter his own authorial name to honor his father (Alexander—hence, “Aleckson”) was a loving gambit. But he chose to keep the copyright under his own name, “Samuel Williams,” perhaps signaling the wry and only partial commitment he had to keeping the truth of his story obscured. 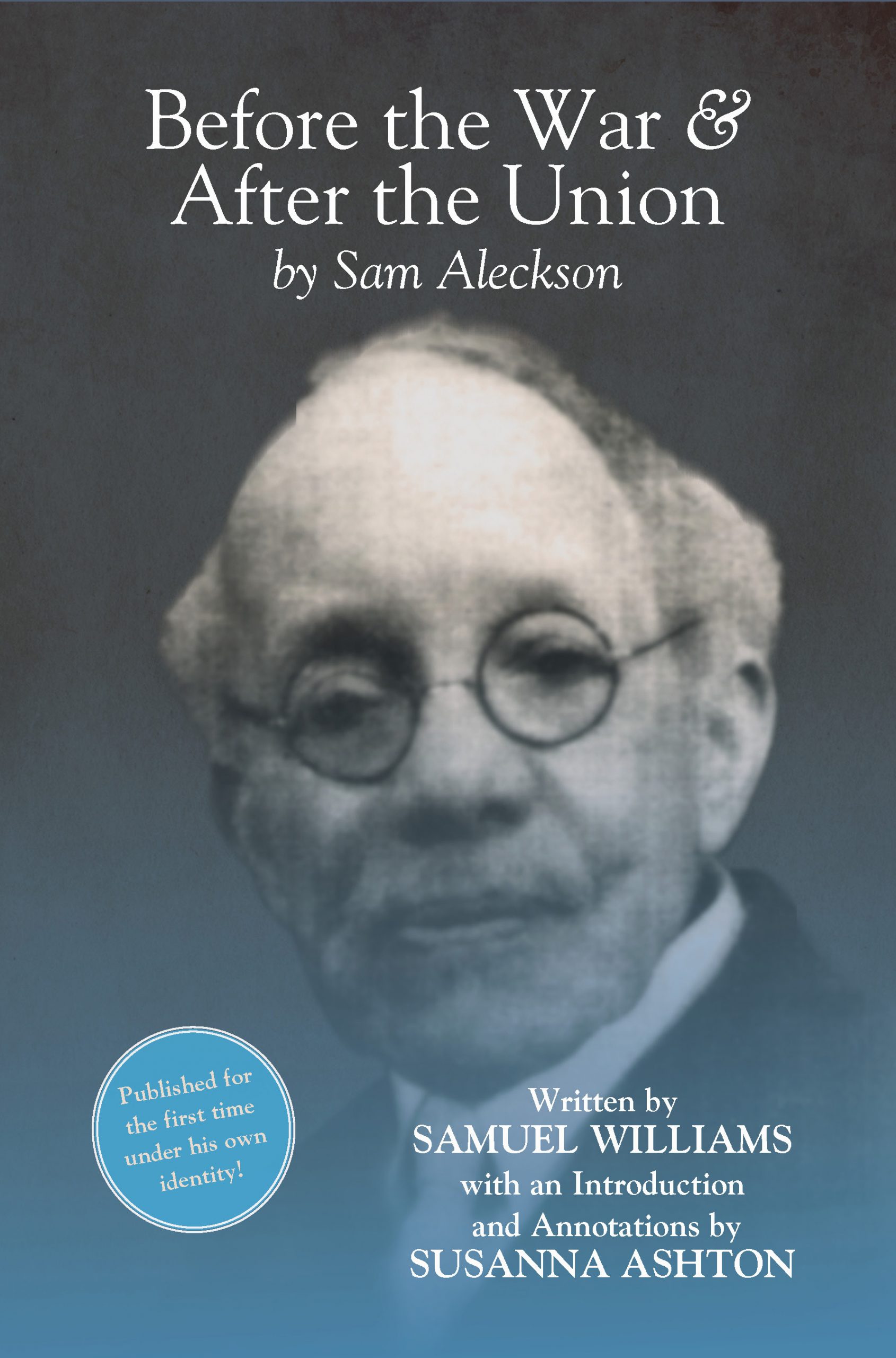 Once I started decoding and unpacking the various systems of naming in Williams’s life narrative, I realized that I didn’t just have an instance of an author publishing under a pseudonym, I had instead a messy and delightfully clever narrative in which, by and large, the names of Black people were occasionally kept as they were, but the names of white people were consistently altered or obscured. For the first time in decades of doing this kind of scholarship, I was forced to dig through addresses and family trees of white people trying to figure out if they fit the general storyline as presented and if their life details accorded with what Samuel Williams had presented as fact. And while this means that this edition of Williams’s memoir is especially saddled with paratextual apparatus (editor’s notes, an introduction, a list of people, copious footnotes, etc.) it also means, significantly, that I am humble with such identifications. It may not be graceful, but I tried to indicate always how I was making informed but honest guesses about who certain enslavers were while my guesses or speculations about who Williams’s daughter was, say, or who his enslaved friends were, tended to be on far more solid footing than is the norm of this kind of antebellum and postbellum research.

Why Williams chose to use false names when drafting his narrative some fifty years after the Civil War and while living in Vermont is a fraught question. Certainly it may have been a strategic disassembly to avoid friction or conflict for his many relatives that remained in South Carolina, likely still within the powerful influence of the white families he mentions. But the effect of such narrative shaping is both figuratively and historically significant: Williams effectively re-centers the story back upon his own family, enslaved friends, and their experiences, their survival—no matter the appreciative encomiums he may use when discussing the “kindly” enslaver “Mr. Ward” who looms so large in his narrative. One might think that it is an indication of power that a name is obscured, but, in this unique instance, I argue that deliberate use of fake names for the white characters has a powerfully diminishing effect.

While in this new introduction to Before the War and After the Union for Clemson University Press I have worked to flesh out Williams’s life, his references, and the context in which he lived, for additional information you can also check out a visual presentation of his Charleston context in a digital exhibit I designed for the Low Country Digital Initiative: Samuel Williams and His World, a project that inspired this new edition, one that for the first time in print can fully attribute authorship to his actual name. Similarly, you can learn more about my work with authorial identification and notions of authenticity from my professional work site.

Many mysteries about Williams’s life story still remain and his descendants and I would love to know more. If you have any information about Samuel Williams and his family, please get in touch with me at sashton@nullclemson.edu.