The Beats and the Academy

The Beats and the Academy marks the first sustained effort to train a scholarly eye on the dynamics of the relationship between Beat writers and the academic institutions in which they taught. Rather than assuming the relationship between Beat writers and institutions of higher education was only hostile, The Beats and the Academy begins with the premise that influence between the two flows in both directions. Beat writers’ suspicion of established institutions was a significant aspect of their postwar countercultural allure. Their anti-establishment aesthetic and countercultural stance led Beat writers to be critical of postwar academic institutions that tended to dismiss them as a passing social phenomenon. Even today, Beat writing still meets resistance in an academy that questions the relevance of their writing and ideas. But this picture, like any generalization, is far too easy. The Beat relationship to the academy is one of negotiation, rather than negation. Many Beats strove for academic recognition, and quite a few received it. And despite hostility to their work both in the postwar era and today, Beat works have made it onto syllabi, into conference presentations, journal articles, and monographs. The Beats and the Academy deepens our understanding of this relationship by emphasizing how institutional friction between the Beats and institutions of higher education has shaped our understanding of Beat Generation literature and culture—and what this relationship between Beat writers and the academy might suggest about their legacy for future scholars.

Erik Mortenson is a literary scholar, translator, writer, and English Faculty member at Lake Michigan College in Benton Harbor, Michigan. After earning a PhD from Wayne State University in Detroit, Mortenson spent a year as a Fulbright Lecturer in Germany before journeying to Koç University in Istanbul to help found the English and Comparative Literature Department. Mortenson has published numerous journal articles and book chapters, as well as three books, including Capturing the Beat Moment: Cultural Politics and the Poetics of Presence (2011), Ambiguous Borderlands: Shadow Imagery in Cold War American Culture (2016), and Translating the Counterculture: The Reception of the Beats in Turkey (2018). Mortenson is also an avid translator whose work has appeared in journals such as Asymptote, Talisman, and Two Lines, and he is currently translating the work of Necmi Zekâ for a book-length project. Mortenson’s co-written memoir of his time in Detroit, Kick Out the Bottom, will appear from Cornerstone Press. Tony Trigilio is a Professor of English and Creative Writing at Columbia College Chicago. He is the author and editor of fifteen books, including, most recently, Craft: A Memoir (forthcoming, Marsh Hawk Press, 2023) and Proof Something Happened, selected by Susan Howe as the winner of the Marsh Hawk Press Poetry Prize (Marsh Hawk, 2021). His selected poems, Fuera del Taller del Cosmos, was published in Guatemala in 2018 by Editorial Poe (translated by Bony Hernández). He is the author of Allen Ginsberg's Buddhist Poetics (Southern Illinois UP, 2012 [paper] and 2007 [cloth]) and "Strange Prophecies Anew": Rereading Apocalypse in Blake, H.D., and Ginsberg (Fairleigh Dickinson UP, 2000). He is editor of Elise Cowen: Poems and Fragments (Ahsahta Press, 2014), and coeditor of Visions and Divisions: American Immigration Literature, 1870–1930 (Rutgers UP, 2008). He is a founding member of the Beat Studies Association. 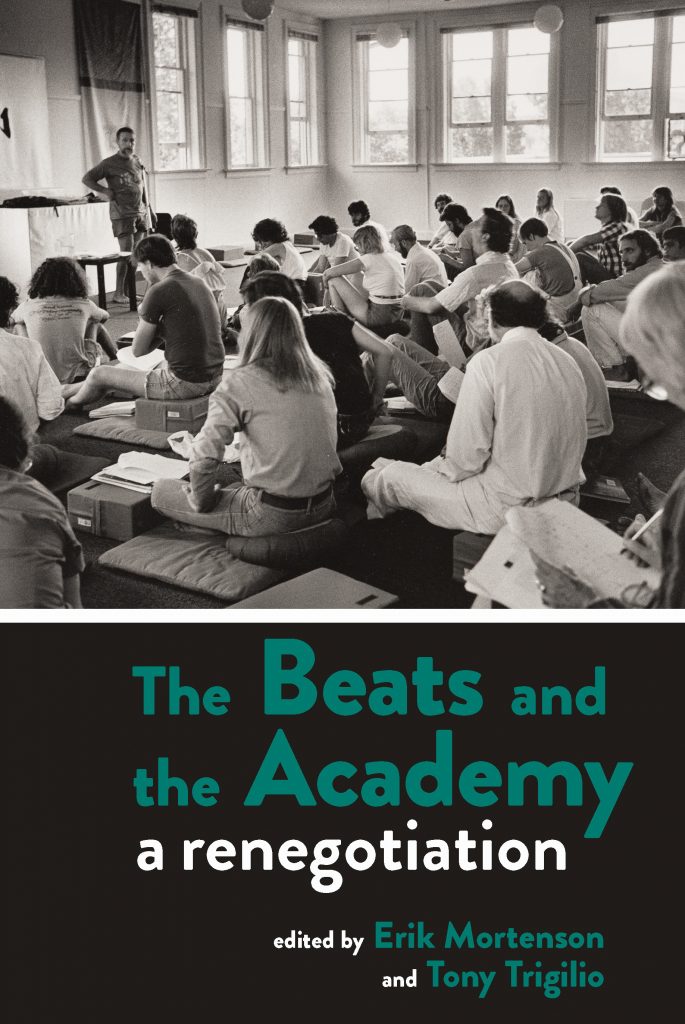